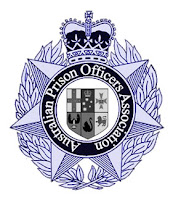 JOIN NOW & JOIN THE CLASS ACTION TO RECOVER YOUR WAGES


Prison Officers at the GEO-run Arthur Gorrie Correctional Centre have slammed the United Voice Union (UVU) for signing them up to an insurance policy that many of them just simply don't need.

The union has repeatedly denied receiving any benefit from the insurance provider, this was most recently stated by union officials during the minuted meetings with the employer, APOA members and our representatives for the Enterprise Bargaining Agreement negotiations in 2017.

The Australian Prison Officers Association (APOA) and Workers First is calling for all concerned Prison Officers to contact our office and join the class action we are initiating to reclaim the money that was taken from their pay without their express consent by the employer on the direction of the union.


2018 is already shaping to be a positive year for the growth of the Australian Prison Officers Association (APOA) with new members joining us from the Queensland Private Sector.

We need not cite the reason for their decision, other than to say, it is nice to have a choice rather than be statutorily condemned to the inadequate and misleading representation of Prison Officers by underperforming unions.

In 2018, we anticipate achieving a membership representation of 40% of all Australian Prison Officers in the APOA and we are well on our way to achieving that milestone.

To find out more about the APOA and the full range of services offered by Workers First, please take a moment to visit our website at www.workersfirst.com.au or www.prisonofficers.org.au