In such a close community of Prison Officers and Youth Detention Centre Officers, the call for solidarity has never been stronger than it is now.

Prison Officers throughout Australia have welcomed the ranks of immigration and detention centre officers into the fold, inviting them to join the Australian Prison Officers Association, in an effort to create a single source of truth and united voice for all Prison Officers and those in kindred industries.

Pushing aside all of the bluff and puff of the so called "union movement" the Australian Prison Officers Association is devoted to advancing the service model long since abandoned by the failing union movement.

Director of Workers First, the parent corporation of the Australian Prison Officers Association, Mr Brian Newman said "it's just time.... it's time for Prison Officers and those working in similar industries, where the safe and humane containment of offenders and detainees is paramount, to be heard loud and clear on the issues of greatest concern to them. For too long their thoughts on important matters concerning the safety and welfare of all people involved in these challenging environments, have gone unheard, or worse yet, grossly misrepresented. Our members are concerned for all stakeholders, including the safety and welfare of offenders, detainees and not least of all the public they protect. These are dangerous workplaces and they are workplaces which deserve the attention of a concerned public, through open and transparent advocacy and unyielding dedication to ensuring timely public interest disclosures."

Join the Australian Prison Officers Association today and help ensure the truth is told in matters concerning the welfare of all of our members in their many and varying roles throughout the nation. 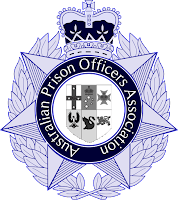 We need your help to circulate the balance of this years diaries.

To become a contact for your Prison, please email gethelp@prisonofficers.org.au and provide your details, including a delivery address for a bundle of diaries for yourself and your colleagues to enjoy. 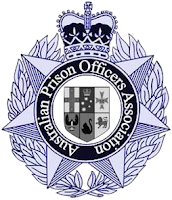